Sparkworld is a 'bricks and mortar' Domestic Appliance Retailer and Wholesaler, with two premises in the UK. Our retail stores supply everything a kitchen needs - appliances, cabinets, worktops and even the kitchen sink - to homes in Devon, Cornwall, Dorset, and Somerset.

Sparkworld.co.uk has been set-up as a virtual extension to our bricks and mortar retail business, making it even easier to get product information and place your order - all whilst receiving the same fantastic Sparkworld service you would expect in-store!

During the last three decades we have established strong links with major manufacturers. This has enabled us to offer you a superb selection of kitchen appliances, units, and worktops at incredible prices. Furthermore, by holding stock worth over £1.5 million and by running our own fleet of vehicles - including 27 tonne HGVs and 3.5 tonne vans - we can deliver a huge selection of appliances to your home at short notice!

With an unbiased, no-jargon approach and over 50 years of combined experience in kitchens and appliances, we are confident that your expectations will be exceeded! We look forward to helping you find the perfect products for your home.

We are proud to have strong links with the local community. We were sponsors of Torquay United FC and are currently sponsoring Paignton Zoo Environmental Park. Our employees also take an active role in charity events, such as Children in Need, the Exeter Leukaemia Fund and Rowcroft Hospice in Torbay.

Sparkworld was started in 1985 by Marian Crausaz and Ian James, who had previously run a small company called Torbay Tubes. The contacts gained through Torbay Tubes allowed them to start Sparkworld. The first premises were located just off Torquay Road, in a group of units called Coventry Farm, which was used as a base for the distribution of reconditioned machines around Cornwall. After a short period, Sparkworld relocated to a 6,000sq. ft warehouse on the Brunel Industrial Estate, in Newton Abbot.

The next move took Sparkworld to a site on the Heathfield Industrial Estate, just outside of Bovey Tracy, where the company expanded into retail as well as wholesale. After 10 years of continual growth the company purchased, what was then the Coca-Cola distribution centre, 9 Battle Road. In the following years, the building was expanded to include a large showroom for retail customers and a 55,000sq. ft warehouse. Our Heathfield kitchen showroom was built in 2008, enabling us to offer an extensive range of locally constructed, high quality, kitchen units and worktops. The display also includes two 'live' kitchens, where you can see a selection of appliances in operation along with mouth-watering cooking demonstrations.

In 2003, Sparkworld opened a new appliance store in Martock, Somerset. Due to the success of our Heathfield kitchen showroom we have expanded the range of products on display at Martock to include a 4500sq.ft Kitchen Showroom, with 14 kitchens - 4 of which are 'live' demonstration kitchens. In 2015 we decided to develop and expand our main store at Newton Abbot, doubling the salesfloor space to include 12 kitchens - 2 of which are "live" demonstration kitchens.

Sparkworld Martock, TA12 6EX is situated just off the A303 in Somerset. To get to our store please follow these directions. There is ample free parking on site.

From Yeovil (on the A3088): turn left at the Cartgate roundabout on to the A303 and take the next left after the shell garage sign posted to Martock.

From Dorchester: take the A37 toward Yeovil and then follow the above directions.

From Taunton: follow the A358 and then at the Ilminster roundabout take the first exit left on to the A303. Continue along the A303 and at the next roundabout (South Petherton) take the second exit (A303). The Martock exit is the Second Left hand turning (Percombe Hill) sign posted to Martock just before a bridge going over the A303.

From Wincanton (on the A303): go straight across the roundabout (Cartgate) and take the next left after the shell garage sign posted to Martock.

Once you’re in Martock we can be found just off the main high street (North St.) turn opposite the Petrol station and we are on the right-hand side of Coat Road. 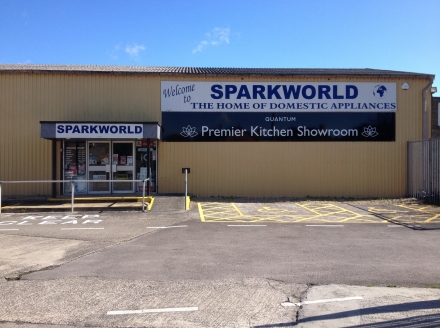