Bakewell’s is a long-established family business. Started selling radios in 1950 and has developed into Penrith's leading TV supplier offering most leading makes including Sony, Panasonic, Philips, Samsung, Toshiba, and Sharp.

The business was started by Sidney Bakewell but was taken over by Ernest Birkbeck who was later joined by his son Colin who now owns it with his wife Elizabeth who employs 10 members of staff including 4 salespersons and 4 technicians. As well as televisions and audio products, cameras, laptop computers and domestic appliances are stocked.

Bakewells is situated in the centre of Penrith opposite Barclays Bank.

3 delivery vehicles are used to ensure speedy installation of products and any after sales service matters.

Please give us a call or enquir instore for full delivery details. 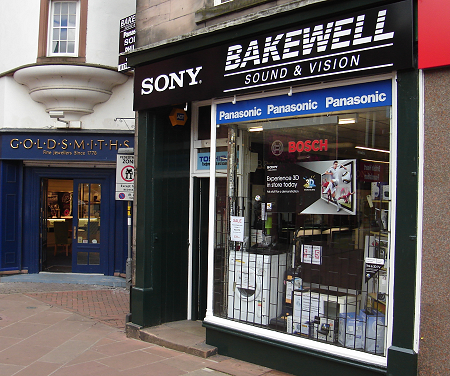