Robinsons Electric was founded in 1954 by Ronnie Robinson. In 1959 the business moved to its present location on Kents Bank Road in Grange over sands. The company grew and Ronnie's sons Colin and David joined the family firm. Another shop was opened in nearby Kirby Lonsdale and on Ronnie's retirement David took over Robinsons Electric Grange. In 1993 the business was sold to its three employees - Brian Fishwick, Stephen Cavin and Pam Coles. Brian joined the company in 1978 to train as a TV Engineer.

In 1980 Stephen began working for David as an apprentice electrician. In 1986 Pam joined to work in the office and shop. Lee joined in 1995, having trained as an electrician at Vickers. In 2004 Pam stepped down as partner in the firm and her daughter Vikki together with Lee took over a share in the firm, making four partners. The business has gone from strength to strength offering a friendly local service, with the bonus of Euronics giving buying power, to ensure competitive pricing.

We are an electrical retailer selling both white and brown goods, large and small. We also have electricians for any electrical work, we do home deliveries and installations, repairs, and service.

We are situated on Kents Bank Road next to the Car Park, opposite the old British Legion.

As you enter into Grange over Sands from the bypass, you travel up the main street, to the mini roundabout at the top.  Here you turn right, over the brow of the hill, past the clock tower on your right, and drop down to the crossroads. If you turn left here, we are along past the Coop and Bargain Booze situated just after the car park which is on the left.

We have a large delivery area covering the whole of the South Lakes and round into Lancashire. From Barrow in Furness, to Ambleside and Langdale, across to the North of Kendal and down towards Morecambe and Lancaster. We have been known to deliver further afield also, so dont be afraid to ask! 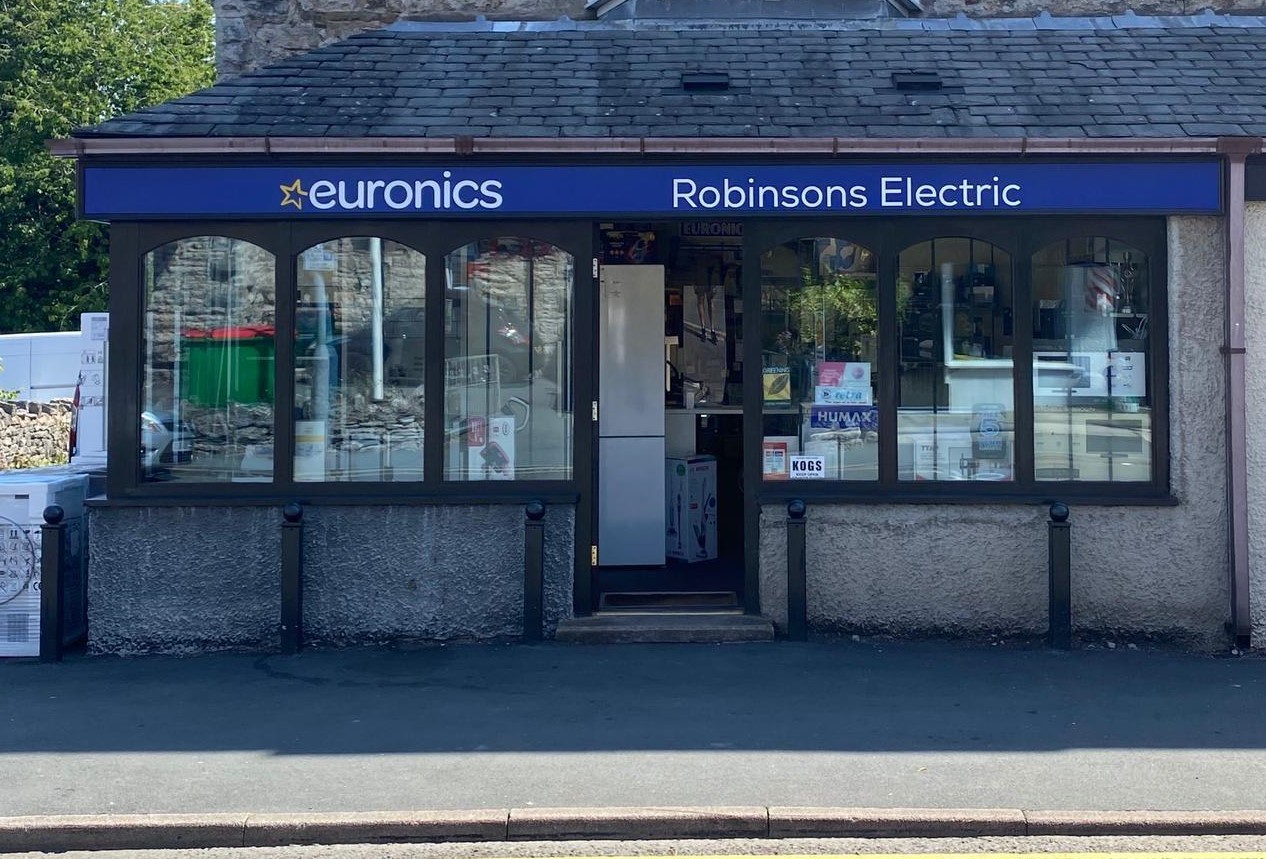