The business was first established by Mark Gilbert and Clive Vanstone in February 1985. Having both been involved in the Electrical Services and Retail Trade for a combined 22 years, they decided to start their own business. They are both still actively running the business today and with the business' continued success they now employ 7 full time and 2 part time staff.

Being part of the Euronics group, which is Europe's Largest Independent Electrical Buying Group, this give us the same type of buying power as the large multiple Electrical Retailers have, however by still being an Independent Dealer we have far greater flexibility than the larger stores can offer.

We stock a large range of Electrical Appliances from leading brands such as Toshiba, Philips, Samsung, LG, Hotpoint, AEG, Indesit, Zanussi, to name but a few. We try to stock most things Electrical from a simple fuse to large screen LCD TVs. Making it a 'one stop store' for all your Electrical Appliance needs.

As well as Appliance Retailing, we also offer a Rental and Repair service. We are also approved Sky Retailers and can install Satellite and Aerial systems as required.

Gilbert and Vanstone is an Independent Electrical Retailer in the heart of the north Cornwall village of Kilkhampton. It is situated on the main A39 road, which runs right through the centre of Kilkhampton. There are parking spaces right outside the premises.

We will deliver free of charge within a 25-mile radius of our store , this area includes the Towns of Bude, Holsworthy, Launceston, Okehampton, Camelford, Bideford, Barnstaple and surrounding areas. 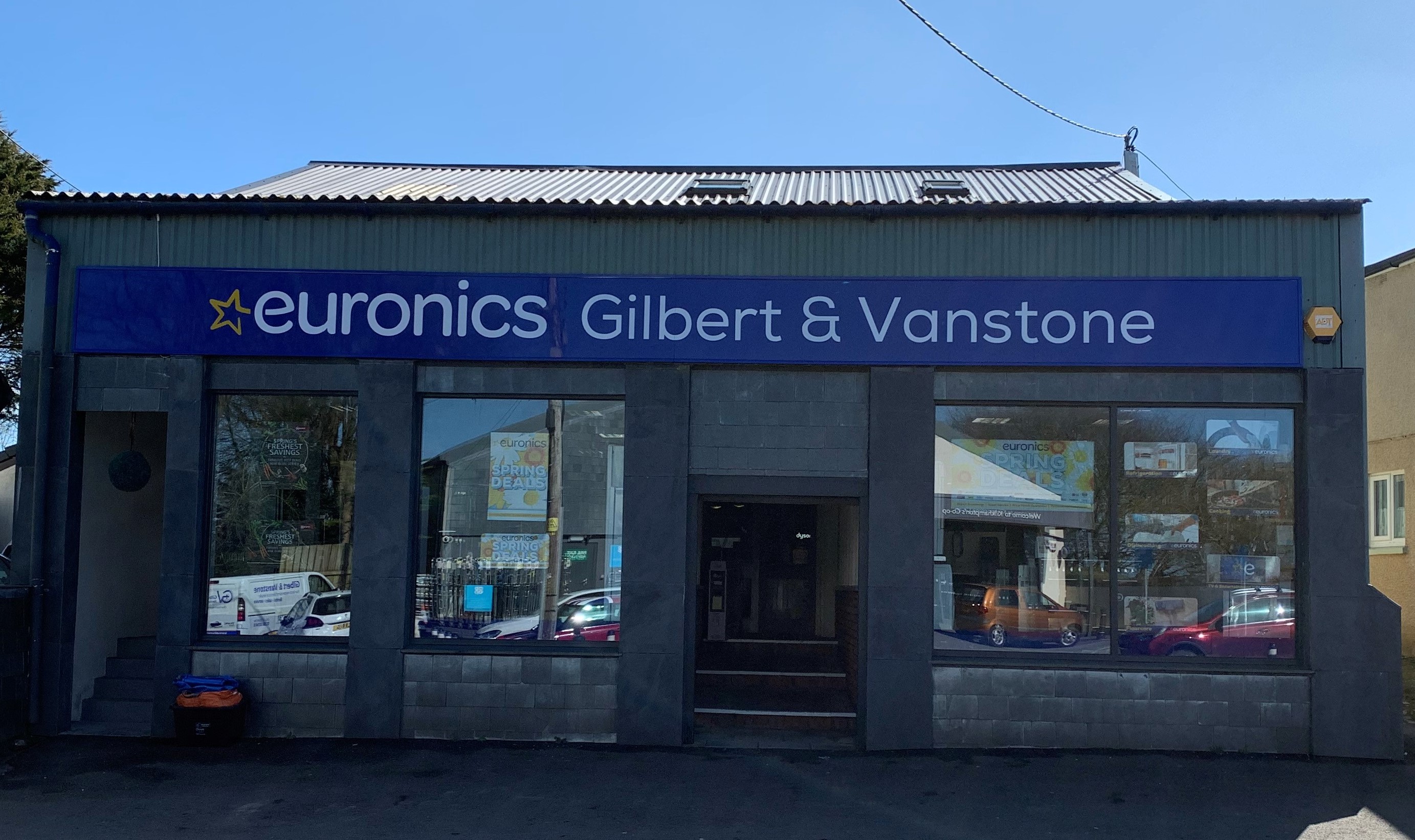