A.F. Thomas & Sons Ltd was established in Newport in 1932 by Albert Frederick Thomas and this year we are celebrating our 85th Anniversary. Albert was an electrician working on the dock in Newport and it was his great ambition to open his own shop one day. In 1932 this became a reality and he opened his first shop in Commercial Road in Newport. At first Albert sold radios that he had made, and he also charged accumulators. The business thrived on its reputation for excellent customer service and eventually the product range expanded to include television sets and then household appliances such as washing machines and refrigerators.

In 1960 furniture, carpets and beds were added and then in 1992 an opportunity arose to purchase a local spares distributor in Abergavenny called “Spares & Repairs” whilst the existing spares business continued to supply spares nationwide the existing shop front was quickly converted to a retail unit and this became our second branch.

In 2002 we joined Europe’s largest independent buying group; this gave us huge buying power which we needed to compete with the large superstores. The buying group has over 800 members and we all buy together giving us the edge over the large chains increasing our product range to include:

Most of our products carry a longer warranty period than the normal one year, with some products having a Free 5-year warranty.

We also have our own workshops and our own engineers who not only offer an installation service but also a repair service. This coupled with our reputation for having excellent customer service, gives us a winning combination.

We are located on Mendalgief Retail Park, Docks Way, Newport (next door to Next and Argos).

We offer a FREE local delivery service within our trading area on all items we sell, details of this should be obtained from a member of staff when placing an order. We also Install and dispose of your old appliance, charges apply.

We offer delivery Monday to Saturday and we can offer guaranteed am/pm delivery times subject to availability.

For orders that require a delivery outside of our normal delivery area, please contact a member of staff to obtain a quote. 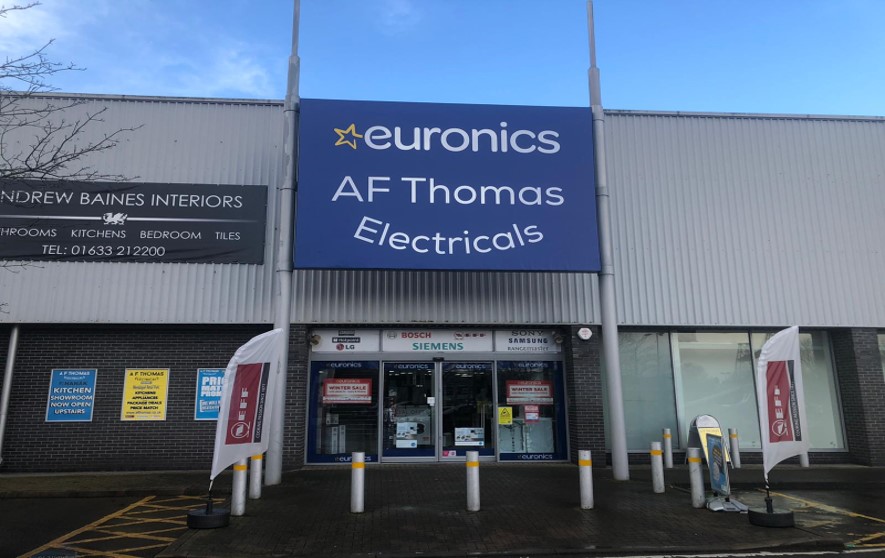