At Euronics, we absolutely love Christmas! Without a doubt, it’s the best holiday season, with the time off, novelty food and drink, the company of friends and family, and of course the festive movies! But which is the best movie?

We’ve selected five of our all-time favourites, with a brief summary of each below, and would like to invite you to decide by voting on our social media poll. Visit our Facebook account EuronicsUK to vote.

In no particular order, starting with a film that is more divisive than marmite!​​​​​​​​​​​ 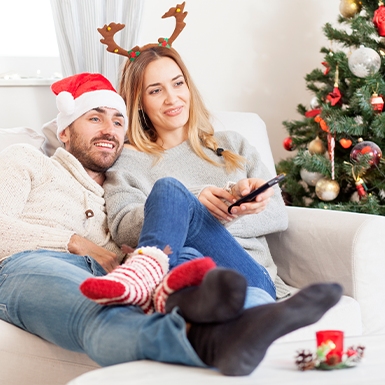 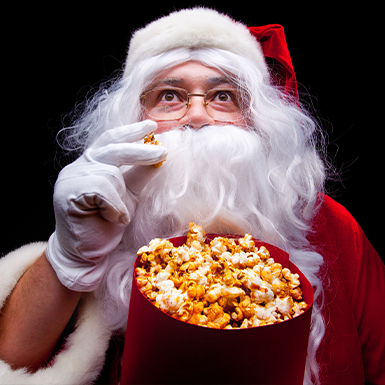 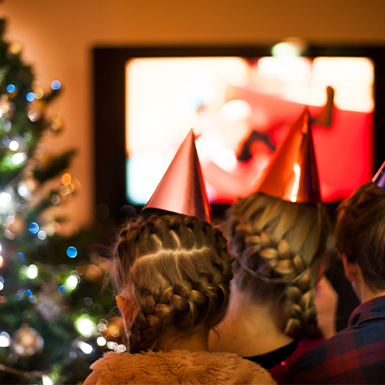 One thing that everyone can agree on - every year the Die Hard Christmas movie debate will return! Whether it is or isn’t, we had to throw it in, and we look forward to your opinions on it! Here are a couple of arguments for and against:

Of course, it’s a Christmas movie!

Set on Christmas Eve, hero cop John McClain (Bruce Willis) is wished a Merry Christmas by a flight attendant at the start, there’s Christmas music, and the story is set at a company Christmas Party. (But seriously...what company throws a party on Christmas Eve?).

What? It’s never a Christmas movie in a million years!

Just because it’s set on Christmas Eve, it doesn’t make it a Christmas movie! Would a romantic comedy set on Thanksgiving become a ‘Thanksgiving Movie’, or a horror movie set on New Year’s Eve become a ‘New Year’s Eve’ movie? Of course not! Christmas films tend to be about joy, happiness, and Santa. In this movie, Santa, elves, or magic don’t feature...just some very impressive stunts!

If you think ‘Die Hard’ is a Christmas movie AND your favourite, please vote on our poll here.

This truly is a wonderful film! Originally in black and white, and recently released with the addition of colour, this is a film that’ll leave you glowing with Christmas glee. The lead, George Bailey, played by James Garner, is a frustrated businessman on the verge of ending his life until an angel comes down to earth to intervene. The Angel shows George how much worse life would have been within his town, if it hadn’t been for the kind acts and good deeds he did throughout the years.

You can vote for ‘It’s a Wonderful life’ as your favourite Christmas movie on our poll here.​​​​

Best known for action films such as Terminator, Predator and Commando, Arnie was back with a vengeance for ‘Jingle All The Way’. Arnold Schwarzenegger plays salesman, Howard, who naively promises his son a ‘Turbo Man’ for Christmas. Little does he know that ‘Turbo Man’ is the most desired gift this Christmas, and extremely hard to come by at the last hour! Arnie’s mission in this movie isn’t to stop robots annihilating mankind, or kill a highly trained warrior alien, but maybe his hardest yet...to locate a ‘Turbo Man’ for his son in time for Christmas!

You can vote for ‘Jingle All The Way’ as your favourite Christmas movie on our poll here.

In perhaps Will Ferrell's most renowned role (Anchorman would come a close second!), Ferrell plays Buddy the Elf in this truly hilarious Christmas classic! Raised in the North pole as a baby by Santa’s elves, fully grown, 6 foot 3 inch Buddy finds life as an adult in the North Pole a little challenging amongst his smaller counterparts. Buddy is sent to New York to meet and discover his real Dad, and the events that unfold for an ‘Elf in New York’ will have you belly laughing throughout!

You can vote for ‘Elf’ as your favourite Christmas movie on our poll here.​​​​​

When you spot the Coca-Cola van and Love Actually on the TV guide, you know the Christmas Holidays are here! With an incredible cast of ‘A List’ celebrities, this romantic Christmas comedy will have you laughing, crying and smiling all at once! Jam-packed with nine storylines, we follow the love lives of the Prime Minister, alongside a surprisingly sweet and naive couple in the Adult entertainment industry! We all have our favourite characters, and you’re guaranteed to feel warm inside afterwards!

You can vote for ‘Love Actually’ as your favourite Christmas movie on our poll here.​​​​​ 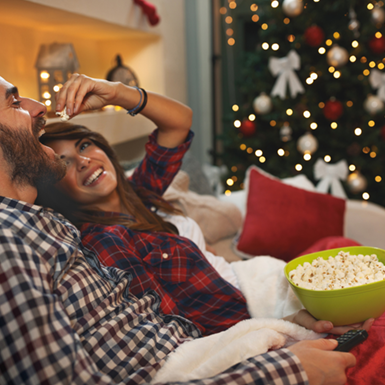 Which is the best Christmas Movie?

Well...you decide! Click here to take part in our Facebook poll - feel free to add your comments if your favourite didn’t feature in our Top 5 list!

​​​​​​​We had to narrow the list down, but we’ll admit it was tricky not including ‘A Christmas Carol’, ‘Home Alone’ and ‘The Holiday’, among many other classics!

We can’t wait to read your thoughts and find out which you voted as the best Christmas movie from our Top 5.

We challenge you to watch them all this Christmas. Why not treat yourself to the ultimate cinema experience at home?​​​​​​ 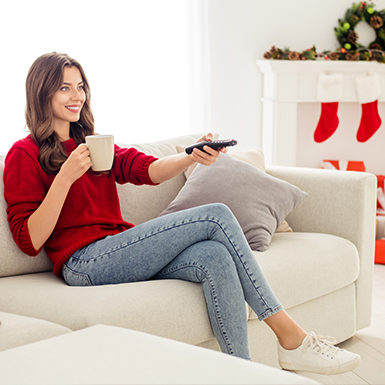